Sadguru Swami Dharmaswarupdasji was a very kind hearted saint, who was able to visualize God, continuously all the time. He was born in the village Mota Gokharvada in Saurashtra and his name was Arjanbhai. From the childhood he liked to remain in contact with saints. As he did not like worldly life, hence one day he left home and went to Junagadh temple. His father did not like this, so he punished and brought him back and locked him up but on the next day miraculously God put him in Junagadh temple. 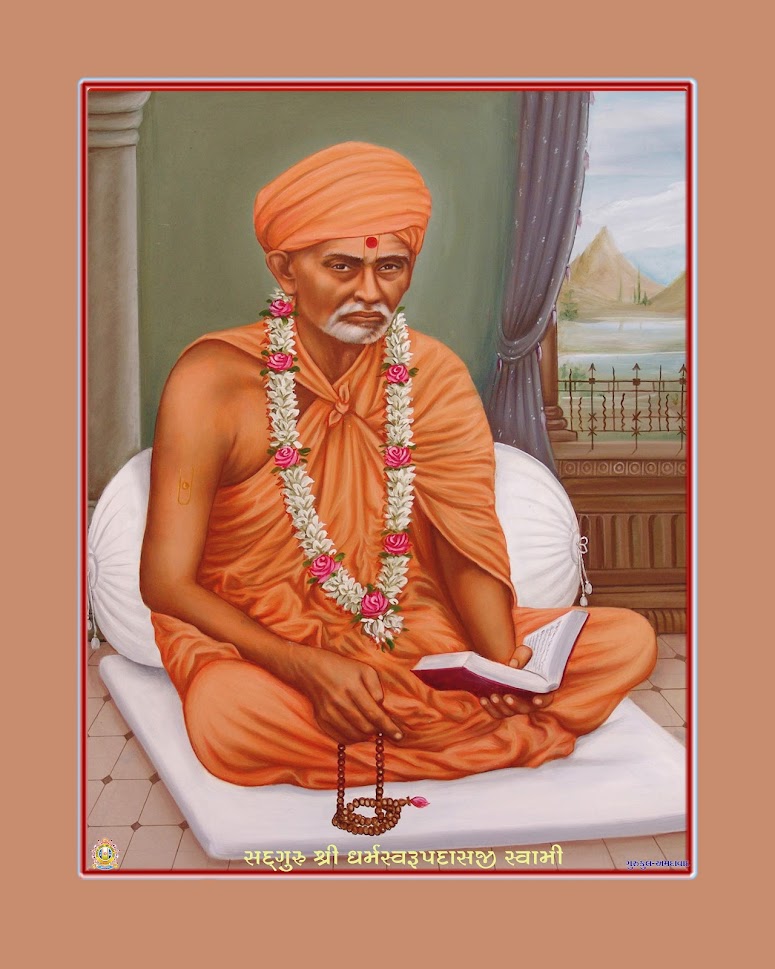 He finally decided to go to 'Akshardham' (God's abode) after completing the reading of the holy scripture 'Vachanamrutam' for 108 times. But other saints didn't allow him to complete this so that he may not pass away, but he was firm, completed the reading and announcing in advance he left for 'Akshardham' in the V.S. 1961.as determined by him.