Sadguru Swami Narayandasji was an ideal saint, active for the serviceful activities of holy fellowship, passive for worldly affairs and ever eager to listen to the holy scriptures. He was born in the village 'Vankia' on the tenth day of bright half of the month of Chaitra in V.S. 1906. His name was 'Arjanbhai'. Arjanbhai was blessed with pleasure by Sadguru Gunatitanand Swami, when he met him at Bagasara for the first time.. 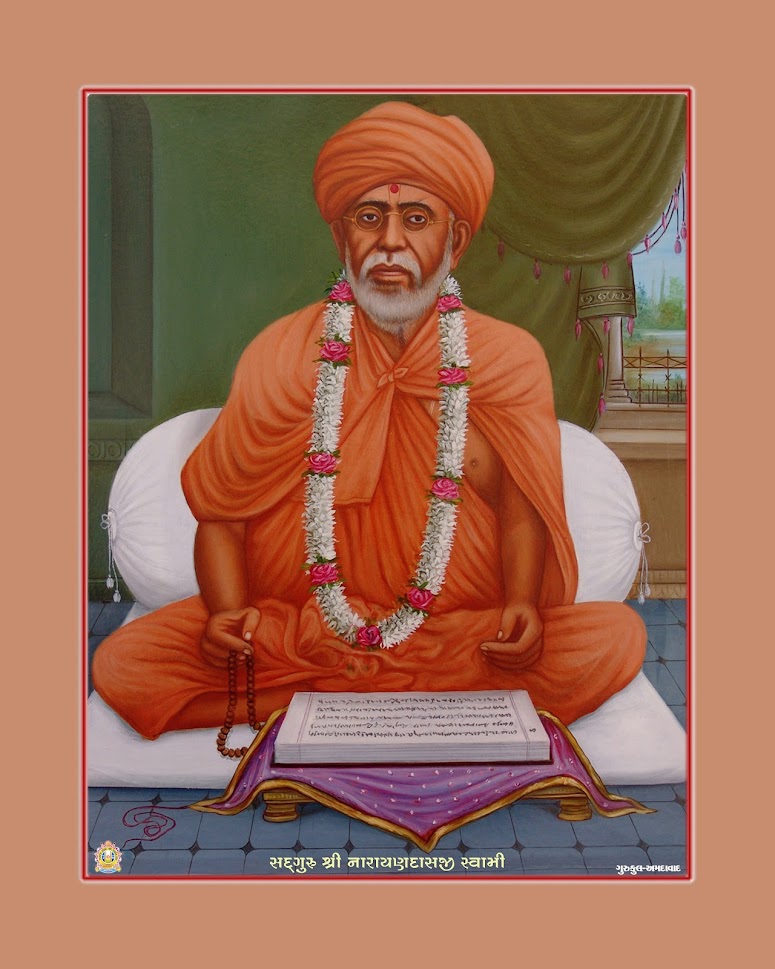 He gave services during construction work in Junagadh temple. The talks of Gunatitanand Swami awakened him and the hidden seeds of 'Vairagya' - non attachment grew in his mind. After some time he came to Junagadh and Balmukunddasji Swami got him initiated as Saint. As the Mahant(Head) of the Junagadh temple he had carried out many additions and alterations in the holy buildings like the assembly hall (Narayandas Haveli) constructed by him, reminds us of his beneficial services.

Similarly in Gondal temple also he had helped for such constructions. There are many incidents regarding fulfillment of Blessings given by him and He had inspired many and directed them on Spiritual path. Though he had no formal education but he had encouraged many saints like Swami Dharmjivandasji for higher Sanskrit studies. He had listened many Religious scriptures from Shastri Swami Dharmjivandasji and got highly pleased, and had heartily blessed him. This realised saint left for 'Akshardham' (God's abode) in the V.S. 1983 at Rajkot.