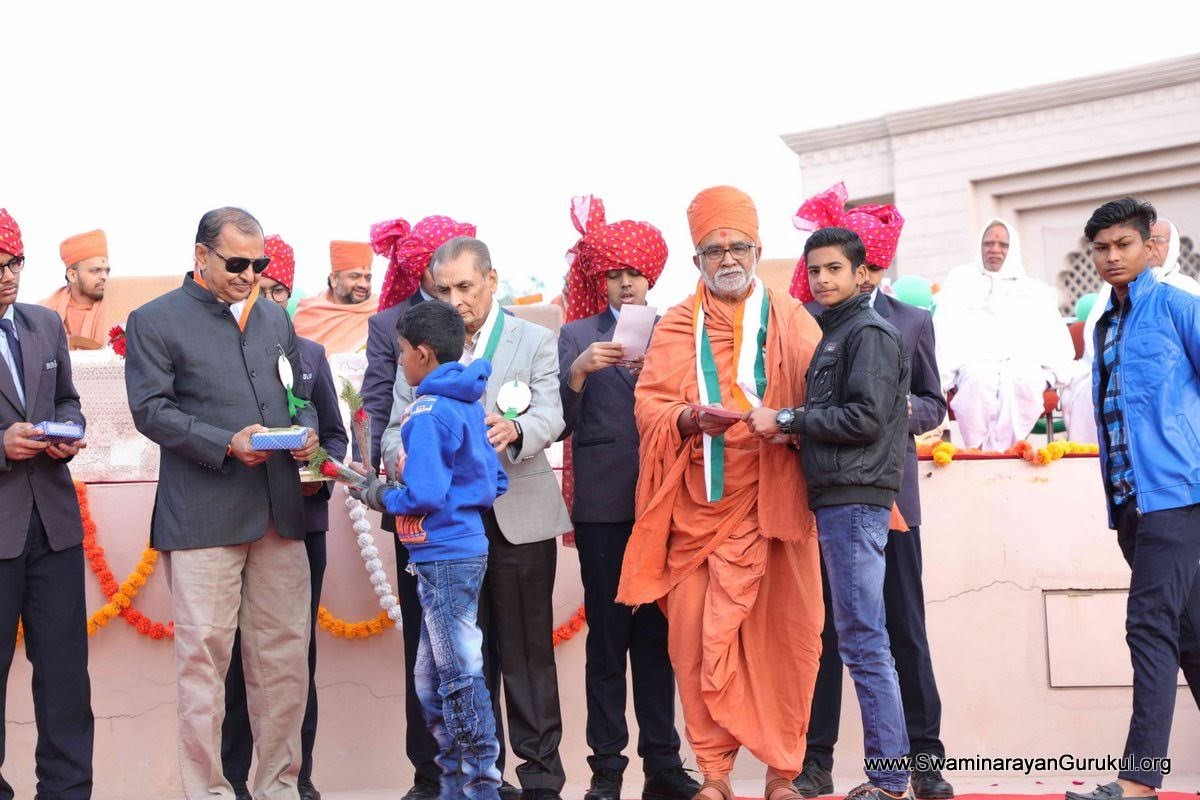 With the inspiration of Pujya Sadguruvarya Shastri Shree Madhavpriyadasji Swami, since last eleven years, children of martyrs are being honoured and provided with cheques of educational aid. This year, 2019 too, 11 girls and 11 boys were honoured with education aid.
Moreover, it was declared by Pujya Swamiji on the event of tribute to Guru Tegbahadursinh Sahib, 26 Dec 2019, to honour and to provide educational aid to two Shikh martyrs, in the memory of sacrifice of two children of Guru Tegbahadursinh Sahibji. Executing this declaration, two children of Shikh martyrs were also honoured. And this will continue in future also.
Pujya Swamiji had addressed, by telephonic way from Prayagraj, Kumbha Mela and blessed for true nationalism.
Pujya Swamiji had hoisted the national flag and offered salute, with HH Mahamandaleshwar Avadheshanad Giriji Maharaj at Kumbhamela, Prayagraj. 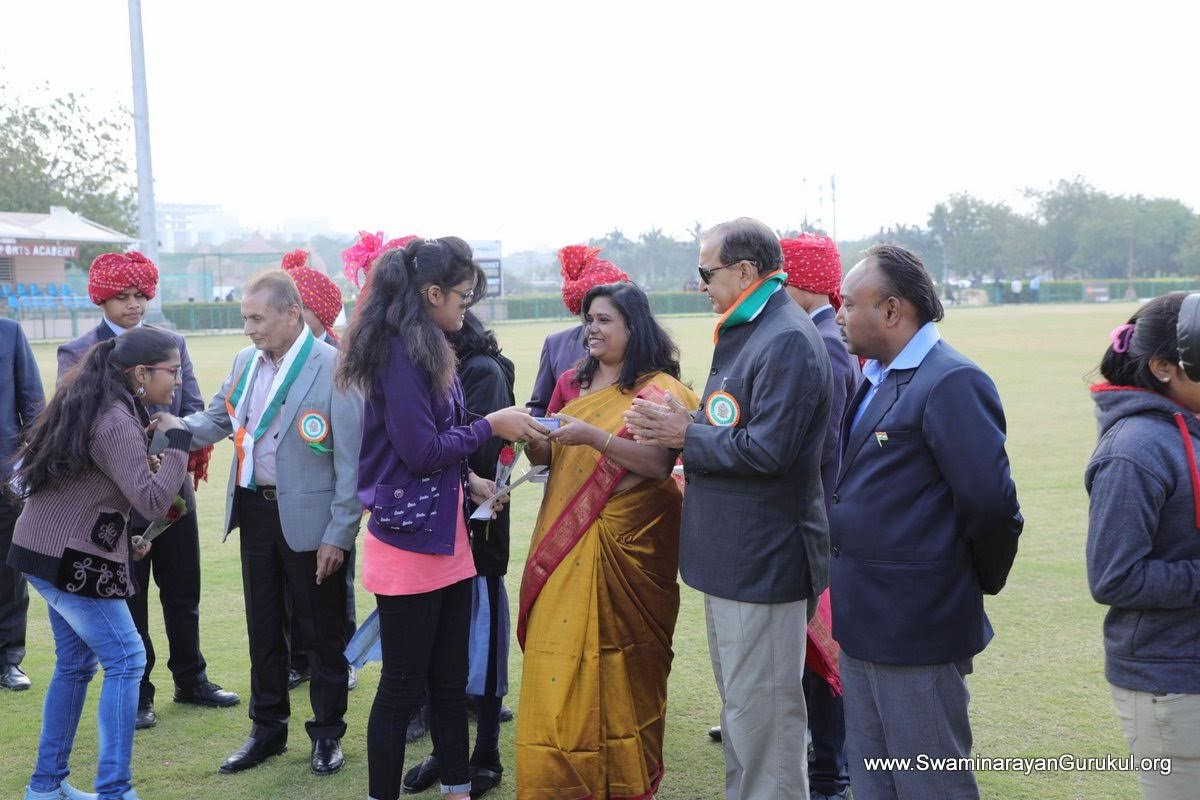